With the iPhone 5S and 5C rumored to be released in the near future, we decided to go back in time and look at the evolution of the iPhone.

From its inception, the iPhone was a "game changer". After the iPhone, phones were no longer just phones... they were smartphones.

As always, we at tawkon want to take a look beyond the regular review points and focus on what our users are most concerned about: radiation.

tawkon is a free application that will alert you when radiation from your phone spikes and suggest ways on how to minimize your exposure.

We decided to look at the SAR levels from all iPhone models to date and compare them. Below are some insights on the evolution of the iPhone and their SAR levels.

For comparisons sake, here are the SAR levels of devices from another top competitor in the smartphone market - Samsung. As you can see, Samsung devices all have significantly lower levels of SAR than iPhone. You can read more about this phenomenon here.

The evolution of the iPhone from its first inception has been breath taking. The features, speed and storage capacity has significantly increased with every new model. However, when it comes to SAR we find something very interesting: There is one iPhone model whose SAR is through the roof compared to the others.

The original. This was the phone that started the smartphone revolution. While the specs of the original iPhone might seem antiquated to us now, it totally changed the game when it came out. With the ability to go on the internet (albeit only on "Edge" network), listen to music and make phone calls, the original iPhone was something that nobody had ever seen. The true brilliance of Steve Jobs and Apple as a whole truly shined with this product.

As for SAR, the first iPhone had the lowest radiation of all subsequent models: SAR of 0.97 W/Kg.

The second generation of iPhone. The 3G was a revolutionary step in the evolution of iPhone. From the redesign to the increased internet speed and greater feature, the 3G pushed the envelope of what we could have even imagined a phone could do at the time.

What is most interesting from our perspective is the huge jump in SAR with this phone. Compared to all other versions of the iPhone, the 3G has the highest SAR by far. All previous and subsequent models of iPhone come nowhere near the SAR of the 3G, including the nearly identical 3GS; we find this to be baffling: SAR of 1.38 W/Kg 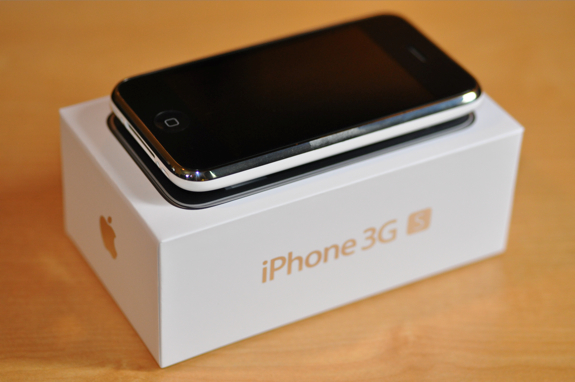 The first "S" model put out by Apple. Externally one could barely tell the difference between the 3GS and its predecessor. The fact is, the progress made from the 3G to the 3GS was fairly minimal compared to the huge step taken between the first iPhone and the 3G.

Some of the differences between the two include: 3GS has a significantly faster processor (600 MHz up from 412 MHz, with a dramatically improved graphics processor as well), twice the RAM (256 MB up from 128 MB) and support for faster 7.2 Mbps HSDPA.

3GS also has an improved 3.0 megapixel camera with VGA video recording at 30 FPS as well as autofocus, macro, and white balance support, a "tap to focus" feature, and new basic "video editing" capabilities.

The SAR for the iPhone 3GS is also significantly lower than its predecessor and is in line with the range of SAR that all future iPhone models: SAR 1.19 W/Kg

The most striking and obvious improvement on first glance with the iPhone 4 is the design. Moving away from the plastic, and sometimes cheap looking body of the 3G/3GS, the iPhone 4 has a sleeker and more aesthetically pleasing body. The iPhone 4 had an entirely new all stainless steel body design with sharper, more angular lines and a thin "metal band" that wraps around the sides of the phone.

The guts of the phone were also different. A faster processor and a significantly improved screen resolution made for a much better phone.

In line with the minimal advances from the 3G to the 3GS, on first glance the 4S was nearly identical to the iPhone 4. Along with a faster processor and a better resolution screen, there was one new feature that was revolutionary: Siri.

Only the iPhone 4S was capable officially of running "Siri," Apple's acquired "intelligent assistant" software program that endeavors to parse naturally spoken questions and provide voice answers using the web as its source and perform basic software tasks as well.

The SAR of the iPhone 4S was slightly higher than the 4, however like all other iPhone's it had an SAR that was significantly lower than the 3G: SAR of 1.18 W/Kg

With even the most cursory of glances at an iPhone 5 model -- the iPhone 5,  iPhone 4S or  the iPhone 4 - one would immediately notice that the iPhone 5 is taller and the rear is primarily aluminum rather than glass like the iPhone 4S and iPhone 4, at least if the devices are side-by-side.

At the time of this writing, the next rumored iPhones 5S and 5C have yet to be released. It is said that they will be announced tomorrow (September 10). The question is: what new features will these phones have?

Many "leaks" of pictures and rumored specs of these phones have been discussed. The most common are that the 5C will come in more colors, such as gold (the "C" standing for "Color") and the 5S would include the much anticipated finger print reader.

Whatever new features these models will have we at tawkon are keeping our eye out for the release of their SAR information. When this information is available, we will bring it to you ASAP.